We believe that in the world of small business acquisitions and operations, the best approach is just to get going and figure it out as you go along. When we started Chenmark, our thesis was to buy stable companies at good valuations and hold those companies for the long term. It might be somewhat disappointing to know that was the entirety of our plan.

Yes, some of us went to business school, but we didn’t take the requisite “EtA” classes to educate ourselves about the space. We worked in “finance”, but we were not in investment banking or private equity. We didn’t have a “Holdco” grand plan ‒ we converted into a C-corp a couple of years after inception when trying to figure out how to better manage our capital structure and accumulating cash. Back in 2014, we just had an idea and went to work figuring it out. There was no Pinky and the Brain-esque scheme to take over the (small business) world.

We often get cold requests for introductory calls about our approach to search or our thoughts on starting a long-term Holdco. Sometimes, people want to know the intricacies of how our holding company was structured for investors before they have even bought a company, or our thoughts on whether they have a “good deal” under LOI.

Our answer is probably unsatisfying ‒ that it depends on what you’re trying to do. The reality is that the person has to figure out what works for them, make a decision, and figure it out from there. Along these lines, we enjoyed a recent guest post from Robert Bjork, a UCLA Psychology Professor, on Angela Duckworth’s Character Lab newsletter:

“Years ago, after watching a flight attendant demonstrate how to put on an inflatable life vest, I thought to myself, ‘Oh, man, how many times have I seen this demonstration—50 times? A hundred?’ Something made me wonder, though, ‘Do I really know how to do this?’

I closed my eyes and imagined the plane was down in the water, that some people were screaming and I could smell smoke. It seemed surprisingly real, and I started to feel panicky. Where was the vest? Under the seat, but was it just hanging there or in some kind of bag I had to open? I imagined finding and unfolding the vest, then getting panicky again when I was unsure which side was the front. After getting the vest over my head and pulling on some straps to tighten it, I imagined inflating the vest. Only when I reached an exit row did I remember I was not supposed to inflate the vest until after getting through the exit window—and I imagined other panicky passengers trying to push me and my inflated vest through the window.

Research shows that watching someone else perform a skill isn’t the same as doing it yourself, just like rereading information doesn’t prepare you to actually recall information when it’s time to take a test.

The act of what scientists call retrieval practice—forcing yourself to recall previously learned material—is far more effective. When you test yourself and get things wrong, you’re not making a mistake. You are identifying what needs to be studied—or perhaps studied again.

That’s why, when giving a talk at the air traffic control center in Oklahoma City, I suggested that airports should have a room where passengers could practice putting on a life vest or oxygen mask. Doing the activity even once is worth more than dozens of passive observations of flight attendants’ demonstrations. After completing the exercise, you could get a little lapel pin saying, ‘Follow me! I know how to get out of the plane.’”

There’s absolutely nothing wrong with doing your homework. However, Bjork illustrates that no matter how much one educates themselves about working with investors, conducting a search, or creating a holdco, the reality is that at the end of the day, you just have to live the experience to figure out what works for you. And what works for you is probably different than what worked for us. That’s probably why we rarely get inquiries from people actually operating companies. They already know this and have no use for us; they are busy doing the work. 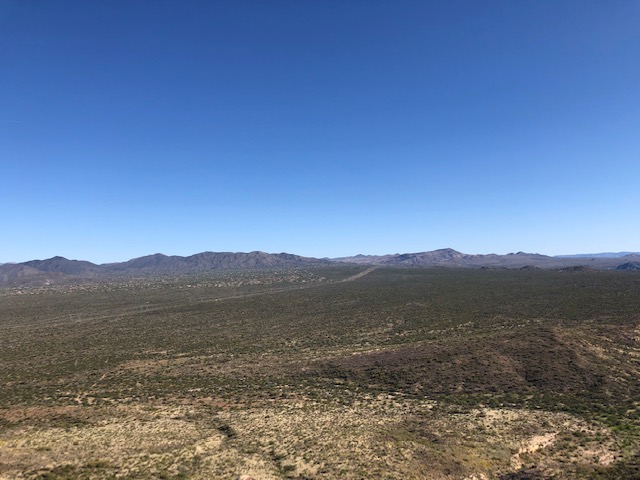 Do you consider Linkedin a dead horse?