AS YOU PLAN YOUR ACQUISITION, PLAN FOR GROWTH (SEARCHFUNDER INTERVIEW)

We spoke with Chris Hendriksen, who acquired VRI with his partner Andy Schoonover in October[redacted]In this Part I, Chris discusses his views on partnership and the personal shifts that happen in transitioning from searcher to CEO.

What do you wish you had known then that you know now?

The biggest thing I wish I knew then that I know now is: the amount of importance and the amount of energy that you actually spend on people – whether that’s evaluating your people, coaching your people, or hiring new talent – is so much higher when you are doing the job than when you are thinking about someday doing the job. There’s so much less time on strategy and so much more time on people and doing. I had a different perspective coming into this role. I wish I had known so that I could plan myself, plan my days or even hone some of my people skills before I started doing it.

That leads into another big point: Thinking about hiring more talent into the business faster was a really big need in the first few years. It’s always a big need, but it’s one we probably underinvested in during those first couple of years. This might have been the result of lack of talent and knowledge on how to do it. At the same time, when we went into the deal, we had a financial plan and financial model which did not account for investment in the business. The model was get in and grow the company, grow the topline and bottom line, while my partner Andy and I were the investment. I wish we had built into the plan a bucket of “We don’t know what it is yet,” but we know in the first year we will have to invest, say, a half million dollars for talent or systems. When you don’t have that bucket built into the plan so it becomes harder to hit your goals or beat your targets in your first couple of years, which is very important versus, perhaps, maybe investing in areas of the business that you think will benefit longer term.

The last one I wish I knew then: I didn’t really understand all the different systems, both in terms of technology and people process systems, that were day-to-day operating in the business that we bought. You’re never going to know all the details. At the same time, I wish we’d had little bit better thought around: “Where are we strong and where are we not? And, how much will that effect our ability to grow the business?” For instance, “Are you strong on financial systems, IT systems, or training and hiring practices? Are you weak somewhere?” It has a big impact on your ability to grow as fast you want or to scale the business. I thought of them as IT and people, not necessarily by business function. It turns out that we had good IT systems in some business functions and not others. So, we needed to learn that on the fly.

Those 3 are the big items that I recall. We did a good job in planning in the transition. We were thoughtful and intentional in how we planned our first day. We also planned on how we would spend our first 30, 60, and 90 days. We didn’t do everything right. We screwed up a bunch of stuff.

It sounds like the transition was a true learning experience for you, could you share a little bit about that?

There were a couple of things that I know we did right. And, I definitely remember a couple of things we did wrong. The things we did right: We did plan to spend our first couple of days talking with people. We talked to every single person in the company. We talked to them in small groups. We told them what was happening; we were excited to be there; we thought it was a great company; and we were joining because of all the good things that we thought we could do. We had the former owner with us. (He ended up staying with us for 4 years). We were all in the room together. So, it was a very positive day of telling people all the good things about why we were there. We were very focused on them (rather than ourselves) which was very important. We were fortunate that we had enough supporters. It went well. Conceivably, it could have gone in the other direction. Generally, it started out well and the momentum carried us through. So, within a day and half or two days, everyone was excited versus being worried or nervous that the transaction was happening to them. We definitely got some deer in the headlight looks, we were 28 or 29 at the time, and we’re saying to employees, “We bought the company.” It was a bit of a shock and awe moment for some employees.

What we did poorly? We did not think about some of the language we used and threw out there off the cuff in terms of timing. One of the things I know I said was, “I’m really excited to be here. Really excited to be part of the team. I can’t wait to see what we do together in the next 5 years.” That 5-year mark rang so loud to a bunch of people. Folks thought “What’s happening in 5 years?” For me, I had never worked anywhere more than 2 years. So, 5 years sounded like an eternity to me. Thus, we were fielding questions about the 5-year timing. We did that again where my partner Andy says, “We’re not making any changes for 60 days.” We intended it to mean “We aren’t changing things. We’re going to watch and listen.” What everyone heard was “Changes are coming in 61 days.” We did not realize how much employees were going to listen to the specifics of our timing and numbers. These were generic references for us, but the employees were looking for clarity. We didn’t realize our impact.

Another lesson I recall is: We probably didn’t use the former owner or seller enough and listen to him enough in the beginning. We had some ideas in the first months about how to sell more of our services. We thought we should be doing more online marketing, radio and all these different media channels (and threw money into it) and didn’t sell a thing. After the fact, we were like, “What happened? Why wasn’t that successful?” After all, we were smart guys and figured it would work. The Seller said, “I tried that before and it didn’t work for me. But, you didn’t ask.” This guy is smart and has been running the business for 20 years; we should have asked him. We got smarter after that and asked a lot more questions – even if we didn’t always agree with him. We realized that we had a good source of information and wisdom within the company.

We’ve heard that having a partner in the search and in running the business is helpful because 4 hands can do more than 2. Would you advise others to do it? Why or why not?

I had a partner. So, I am naturally biased towards it, understanding that it was the right way for me to approach it. The argument that 4 hands can do more than 2 makes sense. Even so, it doesn’t mean that you must have a partner to achieve more hands. If you are on your own, you can hire talent to help you do things faster or otherwise add people to the team.

One model is not better than the other. Having a partner was a more successful structure for me because of how I think. I Iike to debate. I like to create ideas with someone and build on what they say. Perhaps, it springs from my team sports background. It was more fun for me. I think some people would be more successful on their own. For some people having to debate and convince sounds miserable.

Secondly, I don’t think you can go find partners. It’s not something you can search, recruit and interview someone for. That would be a shallow partnership. To be successful, partnerships run very deep. Andy and I were friends. We had lived together. We had coached little league baseball together. We had done projects together. Through our working together, we knew we had similar values and different styles. We were a good match. Since we both wanted to do it, it was a natural fit. The depth and trust of the partnership is undervalued at times. The question is not whether you want one or not, it’s “Do you have the deep relationship already or not?” 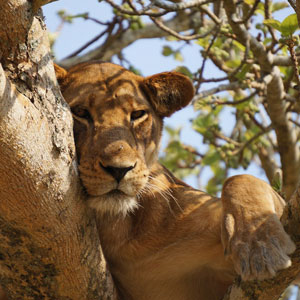 Some great advice about high-functioning boards of ...